Established in 1768, Château Berliquet serves as one of the oldest wineries in the city or commune of Saint Emilion. The winery is one of the first wine estates that possess the honour of selling the wines they produced under their distinct label or name. When most companies sold their products by attaching the terms Bordeaux or Saint Emilion to the bottles, Château Berliquet used its property title.

The history of Château Berliquet can get traced back to 1749 when it belonged to a priest named Paul-Romain de Sèze. Later, the estate passed on to Dominique Pères from the de Sèze family. About a century later, Count Louis de Carles became the property’s owner. In 2017, Jerome de Lesquen and Patrick Lesquin sold Château Berliquet. They handed it over to Chanel Group’s Wertheimer brothers.

Today, Vicomte Patrick de Lesquen holds the ownership rights of the winery and oversees its operations. He has implemented various modern techniques and methods in the vineyards and the cellars. It stands true, compared to the traditional practices followed before. It allowed Château Berliquet to mature the grapes and vinify the wines on site.

Château Berliquet works by vinifying their harvested grapes by following a specific sequence in their vineyards. They move gradually with each block and select the grapevines on a varietal basis. It allows the winery to concentrate on and ensure the quality of each wine produced by them.

Château Berliquet owns 10 hectares of land as vineyards. The winery plants different and distinct noble varieties of grapevines in the parcels. They consist of Cabernet Sauvignon, Merlot, and Cabernet Franc. The soil of the terroir comprises and constitutes limestone, clay, and chalk. In addition to that, the region’s microclimate is highly beneficial and favourable. It allows the grapevines to be of the highest quality. 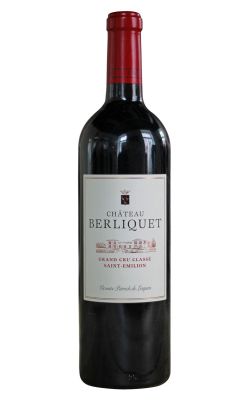