Located in San Felice Del Molise in the Campobasso province in Molise Region, Claudio Cipressi is one of the most renowned wineries in Italy. It dedicates itself to the cultivation of native grapevine varieties like Tintilia del Molise. The winery also handles grappas, extra virgin olive oil, and liqueurs.

The venture of Claudio Cipressi started with the ambition of the winemaker of the same name. Claudio began pursuing his dreams in the early 90s. He aimed to produce a high-quality wine that reflected and represented the true essence of its growth and its terroir of origin. The young winemaker planted his first set of hand-selected vines over a plot of five hectares in 1998. However, at that time, numerous people considered the decision insane. It was primarily because the trend then dictated and leaned towards non-native high yielding grape varieties. Instead, Claudio focused on the native Tintilia that had low yields. Nevertheless, his stubbornness with his choice led to great success later on.

In 2003, Claudio began to construct a processing cellar. His first bottled wine came out in 2005. From then on, the winery gained tremendous strength and popularity. In today’s time, the wines produced by Claudio Cipressi attain the appellation of premium wines originating from the Molise region or the whole of Italy itself.

Claudio Cipressi ensures that the entire winemaking process is as natural as possible. It helps make the produced wines stand out from the rest of the crowd and the market. The cultivation methods and practices followed are strictly organic and have been certified so since 2014. The 16-hectare vineyards owned by Claudio Cipressi rest at an average altitude of 600 meters above sea level. Thus, they receive a suitable amount of rainfall, sunshine, and winds to benefit the growth and development of the grapevines. 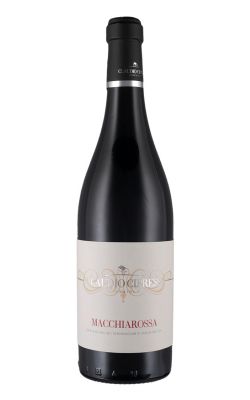