Domaine Agnès Paquet is one of the most famous wineries in France. The winery remains located in the commune of Meloisey in the Côte-d’Or department, owned by Agnès Paquet. The venture started with the vineyards that Agnès’ family owned in the appellation of Auxey-Duresses since the 1950s.

The story originates from her grandparents’ time when they acquired the land and rented it out to multiple local winegrowers. Agnès’ parents continued doing so until they decided to sell it. Initially, Agnès planned to follow her parents’ suit and keep on putting up the plot for rent. However, her time in business school changed her mind. During her three years at an internship, she started gathering interest in the process and art of winemaking. It made her question her original idea for the vineyards.

Agnès returned to her hometown in Burgundy in 1995. After that, she adjusted her courses in college to include winemaking in them. Nevertheless, business remained her primary field. It was then that her parents were planning to sell the family’s vineyards. This situation hastened Agnès’ transition into the line of winemakers. She took over the plot from her parents and decided to run it herself. It made Agnès the first in her family to make wine from the grapes grown in those lands.

After that, Agnès managed her time appropriately, dividing it to handle her studies and the vineyards. Gradually, she started focusing on the cellar and the marketing aspects. It led to the production of the first vintage of Domaine Agnès Paquet in 2001.

Today, Domaine Agnès Paquet owns 13 hectares of land. The winery focuses on the natural quality and aspects of the soil to ensure a superior quality of their wines. It implements organic farming methods and practices and pays exceptional respect to the environment. 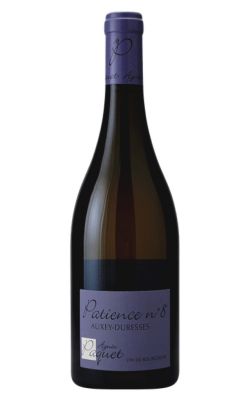