The venture for the establishment of Errazuriz Seña began back in the early 1990s. The journey got guided and supported by the family heritage of Robert Mondavi and Eduardo Chadwick. Together, they made wine of distinctive character and quality. Errazuriz Seña serves as the result of their respectable and passionate partnership.

By 1993, Eduardo Chadwick was an experienced winemaker who joined his father in the family business named Viña Errázuriz. He travelled extensively to the renowned wine regions spread all across the globe and gained knowledge from there. It also helped him determine that Chile’s climate and lands were the best to cultivate and grow vines capable of producing high-quality wines. He realized that compared to all other places he had seen, these areas had the highest potential in the field.

A delightful opportunity came to Eduardo when his family friend Agustin Huneeus requested him to show Robert Mondavi and Margrit, his wife, around Chile. Robert Mondavi discovered a friend in Eduardo Chadwick as they shared similar interests. They visited numerous wineries such as Maipo, Colchagua Valleys, and Aconcagua. At the end of their journey, they became convinced of potential Chile had compared to all other places in California. They also believed that they could produce outstanding wine together to prove their point. It gave birth to Errazuriz Seña.

The vineyards of Errazuriz Seña rest at Ocoa, in the middle of the Aconcagua Valley. They enjoy a refreshing and cold climate, perfect for making elegant and fresh wine. The workers follow sustainable viticulture practices as a method of preserving the environmental condition. They also do so to prevent the possibilities of cross-contamination that arise in traditional farming practices. With colluvial and volcanic soils and the perfect combination of rain, sunshine, and altitude, the plants grow to their best states here. 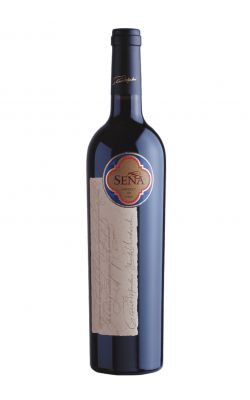