The Hill-Smith Estate is an undertaking in the Hill-Smith vineyards that belong to the Hill-Smith family. They consider the estate to be their crown jewel. The vineyards were planted in 1974 and at present comprise 15 hectares of vines. More than five generations of Hill-Smiths have been at the forefront of locating the best vines to maximise the personality of each wine.

The wines are named after Wyndham Hill-Smith OBE, who in his life was successful in sport, wine and life in Australia. He shared the crease with Don Bradman and faced Larwood at his peak. In the 1960s and 1970s, Wyndham Hill-Smith oversaw the cultivation of viticulture, shifting to the cooler climates of Eden Valley from the floor of Barossa Valley. These conditions replace the robust and earthly style of the lower altitudes by the finesse, power and elegance of the higher altitudes.

The first variety of wine produced from the estate was a Sauvignon Blanc made by the famous Australian winemaker Kevin Glastonbury. The current winemaker at Hill-Smith Estate is Teresa Heuzenroeder. Teresa’s connection with wines did not exist from the start. Her love for science got her a Bachelor in Applied Science in Chemistry and Microbiology, focusing on food and winery.

Her chance to work in winemaking came in 1994. A chance meeting with the Hill-Smith winemaking team fuelled the transition of the microbiologist into a winemaker. She then completed her Winemaking studies in 2000. She became the winemaker of the inaugural vintage of the Hill-Smith family’s Oxford Landing Winery, having made both red and white wines. She then took charge as the Hill-Smith Family Vineyards Sparkling and Chardonnay Winemaker, a position she holds to date.

Teressa believes her speciality lies in white wines. She is delighted as a winemaker with the freedom to experiment with wines while respecting the tradition and hard work that went into making them. 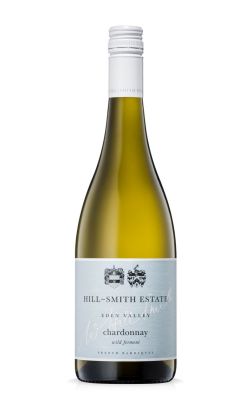