New Chapter is a renowned family-owned winery located in the Austrian city of New Prague in Minnesota. Established by Timothy Tulloch and Therese, his wife, in 2007, the wine estate is one of the most successful in the region. It is highly distinguished and recognised for its broad wine selection, delicious food, and impressive scenery that captivate the hearts of many. The venture of New Chapter started back when the couple was engaged. They had planned to set up their distinct vineyard after their marriage. It gave rise to the idea and existence of the winery.

Therese and Timothy started organising for New Chapter long before its establishment. The former had hands-on experience in the field because he owned and managed a house and business for coffee roasting named European Roasterie priorly. On the other hand, the latter oversaw and supervised The New Chapter Bookstore. The couple’s wish and the dream finally came true in 2007 when the two and their four children planted and nurtured grapevines in six acres of land. It paved the path for the rise of the New Chapter.

Today, Jackie Brockway, Therese and Timothy’s daughter, works as the general manager at New Chapter. She started her endeavour by opening a tasting room for the winery in 2014. In addition to that, she gradually began to expand the business by hosting weddings at the estate since 2015. Her husband, Jeff, supported her through each project. He continues to do so to date.

New Chapter operates with the dream and aim of savouring the moment with delicious wine, pure love, and family. The winery prepares its wines by implementing old-world and traditional techniques. They incorporate methods like grape stomping and barrel-aging.

These practices allow New Chapter to enhance the highlight the flavour and aroma of their products. 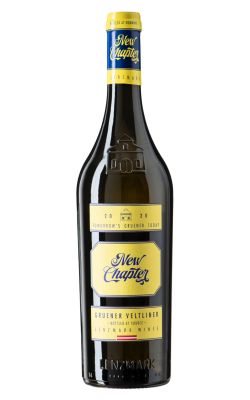