Located on the Routes des Chateaux, in the centre of the Arcins village, the Chateau Arnauld is a beautiful and heritage-rich wine estate with architecture similar to the other Medoc castles in the area. The history of this estate dates back to almost the 12th century when the wines it made were offered to the Templar monks, who were also the pilgrims of Compostela. Though the old Templar church is nowhere to be found today, the Chateau Arnauld castle contains the remnants of stones and walls of what was once a huge and majestic structure.

By the 17th century, the wine culture developed in the small Arcins village because wine exports started expanding in the premium Bordeaux region of France. When there was a need to plant more vineyards, the magistrate of Bordeaux, Pierre-Jacques Arnauld bought this castle in Arnauld, and started making wines here, which later came to be produced under the label of Chateau Arnauld.

In the rich history of the Garonne River, the Chateau Arnauld was the first one to have pebble-rich soils, pebbles of which were deposited from over a million years ago. Wines produced here have true magic in them, because the fertile river of Garonne nourishes the soils. The silty sands and rolled pebbles from the Pyrenees and the clayey enveloping the gravel soils of this region naturally helps ripen the grapes produced here. So, Chateau Arnauld wines are one of the most reputed names in the French wine industry today.

The wines produced here are: 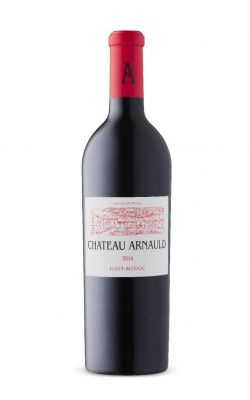