Chateau Capbern is a well-known winery in France that has been under the ownership and management of the Gasqueton family for over ten generations. This Cru Bourgeois lies close to the beneficial area of the appellation under St. Estephe in the Bordeaux region, famous for its wine and winemakers. The estate possesses 41 hectares of vineyards dedicated to the development and production of the highest-quality drinks. They aim to suit the palate of even avid wine tasters. They are just behind the church of Saint Etienne in the St. Estephe village.

The winery took a step towards the modern era when Georges Gasqueton purchased the Left Bank vineyards in 1894. He tended to the land and planted various kinds and types of grapevines. They consisted of Merlot, Petit Verdot, and Cabernet Sauvignon. Georges managed and dealt with the plot and its plant in a suitable manner to take it to the standard and level it is at in today’s time.

Madame Denise Gasqueton serves the figurehead of Chateau Capbern. The produced wine bottles showcase her eccentric and fascinating personage on the label. She was renowned as a successful head of the winery who led its operations and managed the property. She did so throughout her life till her death in late September 2011 at the age of 87. The following year, the owner of the negociant company named Duclot and Petrus, Jean-Pierre Moueix, took or gained interest in a minority stake of the winery.

Since the handover of Chateau Capbern to its new owners, the winery dropped the last part of their name, ‘Gasqueton.’ After that, it started operating under the name it uses today. The winery began innovating and improving its winemaking skills and quality uniquely. It did so to produce some of the best wines in the world. 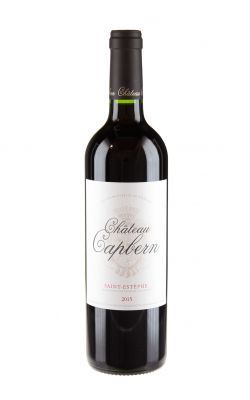