Taking its name from the significant tower standing in the courtyard of the château, Chateau Latour-Martillac represents the remnant of a 12th-century fort built by the Montesquieu’s ancestors. At the time of war, the structure remained stationed in a position of strategic importance, controlling the route between Toulouse and Bordeaux. At the end of the 18th century, the stones from the fort got removed. They got utilised for building the château that exists to this day.

The estate attracted the interest and attention of Edouard Kressmann in 1871. Edouard, who established his unique business as a wine merchant in Bordeaux, became compelled to purchase the land. He got seduced by the remarkable quality and standard of the white wines growing there with the backdrop of a beautiful gravelly hilltop. To him, the site marked a place of exposure and relief.

Edouard’s eldest son, Alfred Kressmann, acquired the estate and the entire property in 1930. Initially, the name of the winery was Medoc: Château Latour. Later, to avoid the risk and possibility of confusion, Alfred changed the appellation to Chateau Latour-Martillac. After his takeover, the winery experienced an extended period of reconstruction. During that time, the vineyards owned by Chateau Latour-Martillac comprised a dozen hectares. A majority of it got designated to the plantation of white wines. Alfred added new grapevines, namely Cabernet Sauvignon, to the land without touching or destroying the oldest plots.

After Alfred, his son, Jean Kressmann, took over in 1954. He was a passionate winemaker who worked to improve the quality of the winery and its wines. He acquired a gravel slope to separate the village from the property. In this way, the vineyards extended to about 30 hectares. In today’s time, Jean Kressmann’s six children own the winery and take the family business to the future. 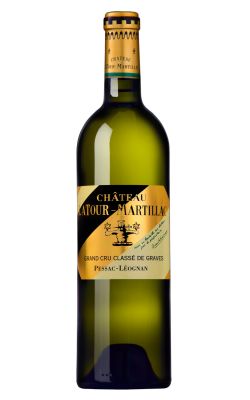