Château Lestrille is a renowned French winery located in the village of Saint-Germain-du-Puch. The winery lies a few kilometres away from the commune of Libourne and the major appellations of the region.

Château Lestrille has remained a family property, heritage, and business for over five generations. It was established back in 1901. In the following years, each owner and manager of the winery added their unique and personal touch. They did so along with their staff of grapevine growers and winemakers. They have made significant changes and modifications to the vineyards, cellar, and the entire process of winemaking. The essence and effect of the long history allow Château Lestrille to produce high-quality wines having considerable elegance, characteristics, and flavour.

Today, Estelle Roumage owns, supervises, and manages Château Lestrille. Under her leadership and guidance, the winery has grown to cover about 40 acres of land, all of which remain dedicated to cultivating several classical Bordeaux and noble varieties of grapevines. They consist of Merlot, Sauvignon Blanc, and Cabernet Franc. Ultimately, these vines get utilised in producing and manufacturing white, red, and rosé wines.

The vineyards owned by Château Lestrille remain located across three parcels. They include the appellations of Bordeaux Supérieur, Bordeaux Rosé, and Entre-deux-Mers. The soil of these terroirs consists of silt and clay. The winery carries out the harvest process mechanically and by hand. It ensures the quality of each fruit and helps in the screening process to remove the unusable grapes. In addition to that, Château Lestrille sticks to a traditional approach in vinification as much as possible. Nevertheless, they add modern techniques to enhance the procedure and its results.

Château Lestrille favours and prefers long maceration times. It allows the winery to produce fleshy and strong-flavoured wines that carry the fresh and refreshing aroma of the grapes. 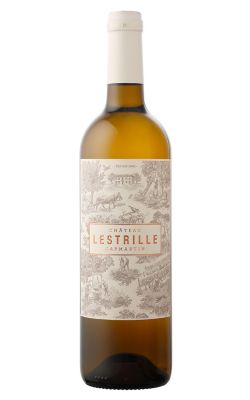 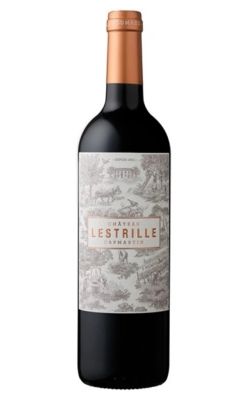