The Deville Family had been in control of their vineyards for over five generations, but it was only in 1966, the family decided to create its own and unique blend of Champagne, which set it apart from the other types of Champagne, created in France. This was the time when Jean-Paul Deville was only 23. He, along with his father, took complete control of the vineyards and winemaking process to craft creative Champagne that spoke volumes about the terroirs.

The Domaine of Jean-Paul Deville, when he started out, was located in the small village of Verzy, which was only 20km away from Reims, considered to be the Champagne Capital of France. Deville’s only objective was to create a champagne that didn’t taste like anything that was produced in Reims. Though the winemaking process (Methode Champenoise),where secondary fermentation happens in the bottle, is the same for the other Champagnes and the Deville Champagnes, the difference lies in the varietals used here.

Mostly, French Champagnes are created using a lot of Chardonnay with a little bit of ​Pinot Noir and Pinot Meunier. However, Jean-Paul Deville, in a bid to lend creativity to his champagnes, makes use of 70% Grand Cru Pinot Noir and 30% Chardonnay to his signature drink. Thanks to these varietals, the resultant Champagne is rich in mineral content and is dominated by an exotic fruity flavour.

In 1996, Jean-Paul Deville added yet another feather to his cap when he created the Blanc de Blancs. This was quite a risky move because his Domaine was close to Reims, which was known for its black pinots. However, Deville took the risk and created a fantastic, white Champagne, which was never before tasted in this region. He made use of Chardonnay varietals to come up with this brilliant and creative Champagne. 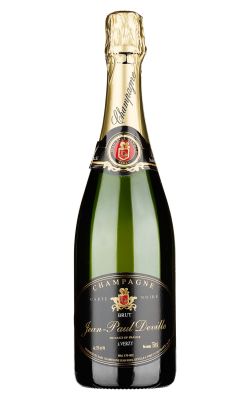 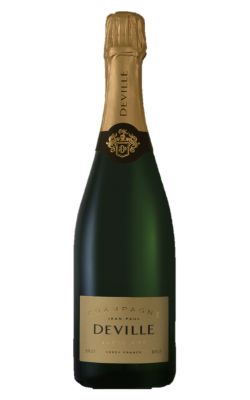 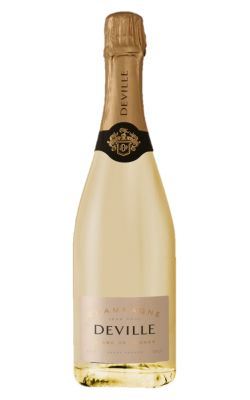 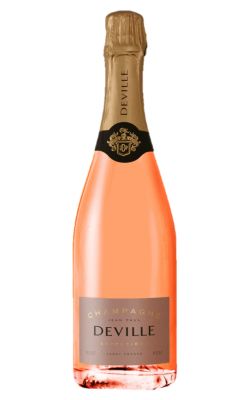