The story of Chateau le Prieuré remains closely associated with the Joseph Janoueix family for five generations. The winery has continued in the wine business and industry for over a hundred years. The family continues to perfect the art of winemaking and the business or company even today.

Chateau le Prieuré got established by Jean Janoueix, the first generation of the Joseph Janoueix family. Jean and Léonard Estrade decided to work in the wine trade. In 1930, the second generation of the family, Joseph et Marie-Antoinette Janoueix, pursued and fulfilled his dream. He obtained Château Haut-Sarpe, located in the commune of Saint-Emilion. The place remained situated in the terroir of the Grands Crus Classés. A bit into the future, Joseph also managed to acquire and add to his legacy and heritage La Croix Saint Georges and Châteaux La Croix in the appellation and commune of Pomerol.

In 1932, Joseph set about to repair and restore the estate and enlarge the history of winemaking. He did so with his three brothers aiding him. In the following year, Joseph Janoueix got married to Marie-Antoinette Estrade. Marie-Antoinette, the daughter of a Corrèze trader, served as an indispensable complement to her husband.

The third generation of the Joseph Janoueix family included Jean-François, the son of Marie-Antoinette Estrade and Joseph Janoueix. He took over the company from his father and decided to fulfil a particular dream. He wished to resurrect the family’s latest acquisitions. It included Pomerol’s Château La Croix Toulifaut and Saint-Emilion’s Château Castelot. In addition, Jean-François’s sister, Marie-Josephe Chabut-Janoueix, and wife, Françoise Janoueix, helped him. In the fourth generation, Françoise Janoueix and Jean-François’ two sons, Jean-Pierre and Jean-Philippe, took the winery to a higher level. 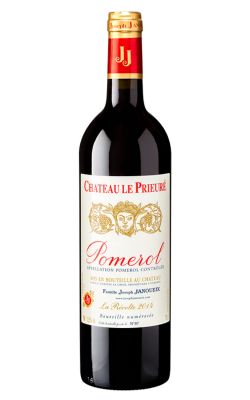