The story of Chateau Smith Haut Lafitte began in the 14th century when Verrier Du Bosq gave his signature for the first records of a deed. It was for a few rows of wine. In the mid-18th century, a wine merchant from Scotland maned George Smith acquired the land. After the acquisition, he renamed the property after himself.

In 1842, Lodi Martin Duffour-Dubergier, the then-Mayor of Bordeaux, obtained the estate. He put in considerable efforts to raise the standard and fame of the land to the status of Grand Cru Exceptionnel. In the early 20th century, Eschenauer, a négociant firm, led by Uncle Louis” Eschenauer marketed Smith Haut Lafitte wines. In 1958, he ended up purchasing the chateau.

In 1990, Florence and Daniel Cathiard visited Chateau Smith Haut Lafitte and fell in love with the estate. After purchasing the chateau, the Cathiards spent three years reconstructing the estate. They bought the winery intending to continue its long-standing tradition and history of excellence. The couple worked with the philosophy of producing each vintage that could deliver the magnificent nature of their terroir.

Today, Chateau Smith Haut Lafitte operates while respecting the elements of biodiversity and nature. They implement this reverence in the cellar and the vineyards. In addition, the winery plants vines from their vine nursery on the Ile de Lalande Island. The place has a protected ecosystem that allows Chateau Smith Haut Lafitte to sustain the genetic diversity of the plants and generate a unique complexity of the produced wines.

The estate owned by Chateau Smith Haut Lafitte spans over 87 hectares. The winery implements various techniques in its vineyards to enhance the quality of microbial life. They use their organic compost and install beehives to do so. On top of that, the soil imparts extraordinary characteristics to the wines. 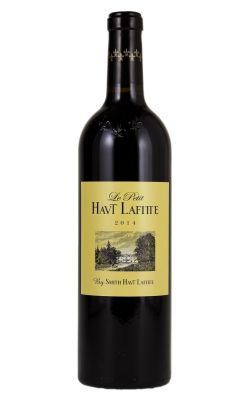