Victoria Park is a wine brand produced by Free Run Juice Wine Company, based in Barossa. The wines take their name from Victoria Park, which was carved out by the first settlers from the rugged bushlands of Adelaide. The parklands were named after Princess Victoria before becoming the Queen. They were also part of Colonel William Right’s 1837 vision for the city. Victoria Park is a popular destination for relaxation and moments with friends and is rightly called the people’s park.

The winemaker of the Victoria Park brand is Matt Zadow, who is from a wine-making family and has personal experience in winemaking. Matt’s family had been selling grapes in Yalumba since 1962, thereby sparking Matt’s interest in wine-making. Matt spent the 2005 vintage working at Hunter Valley’s Brokenwood Wines before moving to the Barossa in 2006 to join as nightshift winemaker for the Yalumba winemaking team in 2006. In 2007, Matt worked as assistant winemaker for Kevin Glastonbury and Peter Gambetta. At the beginning of the 2011 vintage, Matt took over as the red winemaker at Oxford Landing Estates and successfully led his Oxford team to eight vintages.

The Victoria Park brand of wines is made from grapes sourced from the vineyards in the diverse vine-growing regions of South Australia. The Free Run Juice Wine Company has access to varied grape varieties from multiple Australian and Southern Australian vineyards. The company is linked to Yalumba, which is the oldest family-owned winery in Australia.

The Yalumba is a vertically owned business with nearly total control over its entire wine production and distribution. The nursery at Yalumba imports vines worldwide, allowing them to be both receptive to the customer consumption trends and drive categories of wines like Viognier, Pinot Grigio/Gris, Vermentino and Tempranillo. Yalumba is in an excellent position to partner with Free Run Juice Wine Company for a collaborative supply agreement. Victoria Park comprises a diverse range of wines described as a combination of the traditional and the modern. The wines from Victoria Park are made from grape varieties that include Chardonnay, Shiraz, Cabernet Sauvignon, Sauvignon Blanc and Pinot Noir. 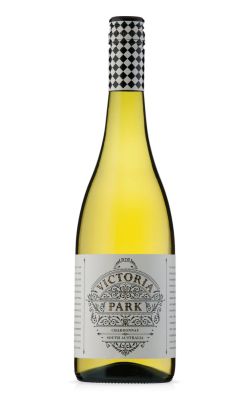