All pictures shown are for illustration purpose only. Actual label may vary due to changes between vintages. 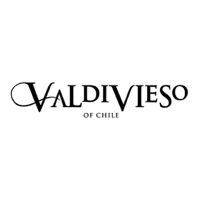 The Valdivieso Winery is the oldest in the areas of Chile and South America. It was set up in 1879 when Alberto Valdivieso started the company named Champagne Valdivieso. This company went on to become the first producer of sparkling wines in Chile and South America. So, it is not surprising to note that every bottle of wine that is produced in this refinery speaks of the rich and wide heritage of this place.

There are two separate plants in the Valdivieso Winery to produce sparkling wines and other wines. Located at a distance of 200km from the Chilean capital city of Santiago, the plants where these wines are produced still follow the traditional methods of wine-making combined with novel technological advancements. Today, the total production capacity of the wines produced here is around 11million litres and the vineyard is big enough to store 4000 barrels of premium and other wines, at a time.

Some of the famous wines produced in this winery are Cabernet Sauvignon, Malbec, Pinot Noir, Cabernet Franc, Carmenere and Merlot. The trademark wines from this winery are known for their right amount of concentration and the perfect sweetness that the wines derive from the grapes used to make them.

The premium wines made in this winery are made from selected, high-quality, dense and ripe grapes, which are then introduced to a classic wine-making process. The best feature of this winery is that it has different varieties of soil and climate in the areas spanning from East to West. This makes this place quite fertile to make simple wines such as the red & white varieties along with the complex, premium and more sophisticated varieties. Under the able supervision of the chief winemaker, Brett Jackson, the Valdivieso winery has been making equal amounts of sparkling and normal wines every year and exporting it to many countries as well.